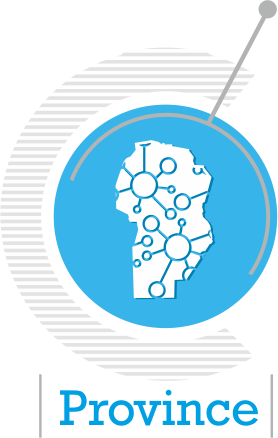 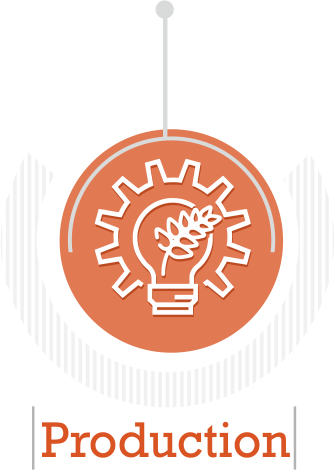 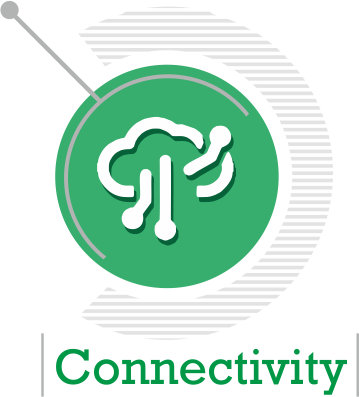 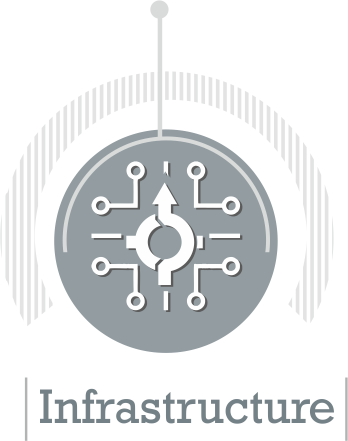 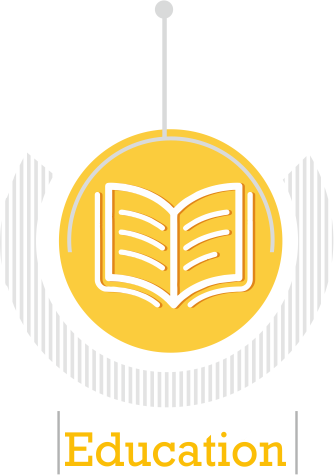 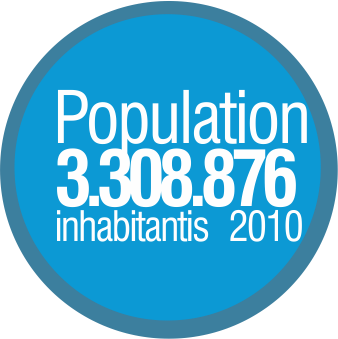 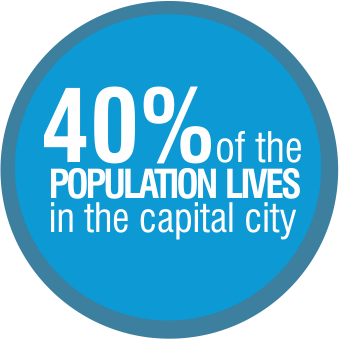 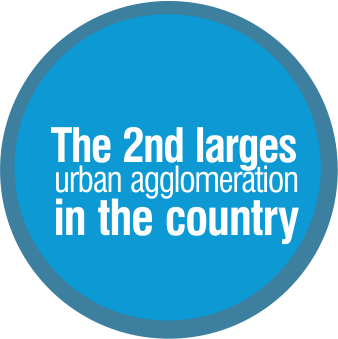 The foundation was part of the Spanish colonization waves. From its earliest days, the Province was able to absorb the influence of the congregations of Franciscans and Jesuits, who settled in its lands and forged its idiosyncrasy. The missionaries built ranches, temples and other buildings, and developed a cultural, religious, educational and political system that defines and characterizes the Province’s inhabitants to this date.

Cordobese territory hosted different European immigration waves, which imbued it with many shades of culture and a longstanding tradition of work and effort towards individual and collective development.

In the Cordobese geography, plains, hills, valleys and rivers come together, creating the foundation for the identity of the provincial landscape. The economy of the Province of Cordoba is benefited by a variety of factors. The main one is its blessed geography and its many natural and human resources.

Because of its geographic position, and its climatic, topographic and phytogeographical characteristics, several productive activities, such as agriculture, livestock farming, mining, logging, tourism, etc. These activities are complemented with a significant industrial development, oriented mainly to the metal-mechanic and agro-industrial sectors, besides commerce and tourism.

There are qualified human resources available and a very well developed network of small and medium metal-mechanic businesses: more than 250 automotive component manufacturers supply the parts, pieces, components, accessories, etc. necessary for the operation of these large terminals.

Another industrial development center lies in an up-and-coming sector of capital goods manufacturers, especially agricultural machinery and components, particularly in the Southeast of the Province, the main agricultural production area. 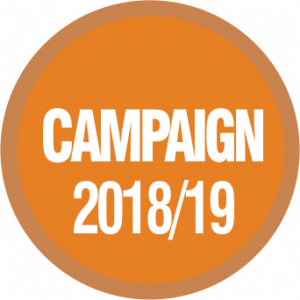 Cordoba has a large potential in the food sector, and it is one of the most important agricultural food producers.

This characteristic, added to a constant incentive policy for the agricultural and industrial sectors, have allowed the Province to stand out in different areas, with an international projection in some cases.

According to the final numbers released by the Ministerial Unit of the Integrated Agricultural Information System (UMSIIA), under the Ministry of Agriculture and Livestock of the Province, in the 2018/2019 grain campaign 41,591,221 tons of grains were collected , reaching 74 percent more than the previous campaign, which obtained 23 million tons.

With these figures, the province of Córdoba is positioned as the first nationwide in the production of summer crops, above the provinces of Buenos Aires and Santa Fe. To make this possible, there was a combination of factors, such as the good climatic conditions, the technological package used by the producers, and the latter’s decision to bet on corn in their fields.

-With these figures, the province of Córdoba is positioned as the first nationwide in the production of summer crops (soybeans plus corn), above the province of Buenos Aires at 4.51 million tons.

-Each inhabitant of Córdoba produces 3.5 times more grains than the national average per capita.

-Each hectare of Córdoba produces 23% more than the national average yield.

In addition, several refrigeration plants dedicated to internal supply and export-enabled are installed.

There are also several meat packing plants dedicated to supply the internal market and that are authorized for exporting.

Cordoba was the first Argentine province to declare software an industry. This made it easier for world-class companies like Motorola, Intel, Hewlett-Packard, Mercado Libre and McAfee to set up offices here.

The activity had an interannual growth of 34%, which spurred the presence of over 500 companies in Cordoba that work in this sector.
To foster this, Cordoba promotes the creation of technological clusters, where the private sector, the government and the universities located in the Province come together.

The main characteristics of software companies is their exporting potential, with a large added value, the high levels of qualified personnel and the synergy they generate with other productive sectors.

This industry, with an exporting profile, sells its products to over 15 countries, with the USA being the main destination.

Cordoba is one of the main touristic regions in the country due to its combination of valleys, pampas, mountains and rivers, and for being home to world-class cultural and sporting events.

The Province’s tourist activity also benefits from the ability to easily traverse all of its geography, with a variety of access roads and more than 100,000 Km of highways and freeways, its central location related to the country’s geography, and the presence of an international airport, along with an excellent offer of means of transportation, both terrestrial and aerial.

The Province has a world-class hotel offering, with 5-star hotels from the most important hotel chains in the world (Sheraton, Holiday Inn, Howard Johnson, and NH, among others).

The Province has a large variety of products from the wood, leather and shoe industries, as well as the growing plastics, electrical materials and pharmaceutical industries.

Another prominent activity is mining, where Cordoba is the top producer of construction raw materials.

There are also large salt flats, where common salt and halite are extracted.

Thanks to its geographical location, Cordoba offers advantages in freight costs to transport this production.

CONNECTIONS WITH THE WORLD 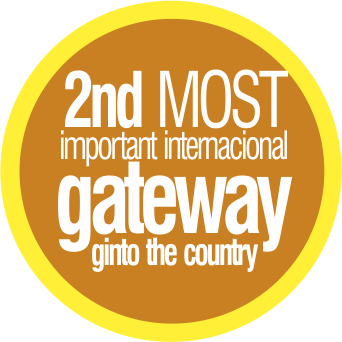 The International Airport of the city of Cordoba, Ing. Ambrosio Taravella, is located in a place called Pajas Blancas, a few kilometers away from the urban downtown area. The location of the city in the geographic center of the country makes this station the most important aerial hub outside of Buenos Aires (second most important in Argentina). It connects directly to 15 international destinations, including seasonal flights.

Nowadays, around 550 weekly flights, operated by both national and foreign companies, allow the city to maintain a continuous link with the main cities in the world. Apart from domestic flights, the airport offers flights from and to international destinations such as Brazil, Chile, Peru, Miami and Panama, with connections to other destinations in the USA and Europe.

A hundred thousand kilometers of highways and roads traverse the area of the Province and make it easier to transport production and access areas chosen by tourists.

This is complemented by the railroad, which is centered in the provincial capital and is mainly oriented to the cargo sector.
Bus: The Province has a modern terminal station where there are buses to 131 national destinations and 7 international destinations (Brazil, Bolivia, Chile, Peru, Paraguay, Uruguay and Ecuador).

These plants are distributed all around the provincial territory and provide energy to it, covering its demands both for homes and industries.

In the city of Embalse de Río Tercero, the Central Nuclear de Embalse (Embalse Nuclear Power Plant) is located. Its production is sent to the national interconnected system, and its net power is 600 MW.

The Government of the Province carries out energetic policies destined to promote the substitution of solid and liquid fuels with natural gas.

A comprehensive plan is in place to provide this service to the whole territory of the Province. With this investment, the Provincial Government looks to not only improve the citizens’ quality of life, but also to promote regional development through the arrival of new industries and the strengthening of the existing ones, particularly in the agro-industrial sector.

The Province is moving forward to reduce the digital gap, generating equal opportunities and providing a quality Internet service that guarantees equal access to communication and information technologies through a digital inclusion program.

In the next few years, more than 5,000 kilometers of fiber-optic cables will be installed, which will benefit 650,000 students in more than 3,000 educational venues throughout the Province.

There are 20 dams and levees in the Province that collect water resources to provide them to cities, towns and industrial areas. Even though the Province does not possess high levels of water surplus, due to its mediterranean location, the Government is building the necessary infrastructure works to provide this essential service to all sectors in the territory.

These are lots specially designed for establishing industries and service companies which facilitate urban planning, and guarantee a harmonious coexistence between the industrial and residential usage of lands. Apart from providing a physical space, they offer infrastructure, security and the possibility of developing network economies.

The Province of Cordoba is determined to work in the development of industrial estates by either providing counseling to the public or private entities who intend to carry out such a project, or by offering contributions to provide infrastructure and services to the companies in order to foster better working conditions, expanding their productive capacity, acquiring greater added value in their production and gaining productivity. To this end, the Government has in place, as an industrial estate creation regulation, the Industrial Estates Act No. 7255 and their Statutory Decree No. 5283/85. Economic and productive development is possible thanks to the educational system of the Province of Cordoba, which comprises all educational levels.

The Province has public, semi-public and private institutions which satisfy all the demands of the population for initial, secondary, tertiary and university-level education.

The number of undergraduate and postgraduate students in Cordobese universities exceeds 250,000.